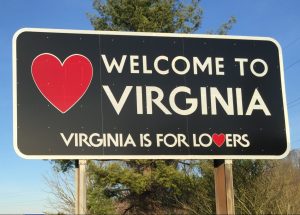 Joseph B. Walton was born and raised in central Virginia and lives in Henrico, Virginia with his wife and four kids.

He has been a leader in technology and business administration for over twenty years serving in entrepreneurial, large enterprise, and policy roles.  He also has been active in public and non-profit service in central Virginia for many years, and in various capacities.

Joe previously served in elective office for a term on the County of Powhatan Board of Supervisors from 2008-2011.  He was elected Vice-chair and Chair of the Board during his tenure and was a leader in community and regional initiatives.  His accomplishments for that service can be found HERE and HERE.

Highlights from his prior elected office service on the County of Powhatan Board of Supervisors include:

Joe was a candidate and Libertarian Party nominee for the U.S. House of Representatives 7th Congressional District of Virginia in the 2018 Mid-term election.

Joe earned his B. S. in Science, with a minor in Physics from Virginia Commonwealth University (VCU).  He also holds a Master of Public Administration (MPA) graduate degree from the L. Douglas Wilder School of Government and Public Affairs at VCU.  He earned a Ph.D. of Public Policy and Administration the Wilder School where his doctoral research focused on cryptocurrency, socio-economic value, social and technical change, and public policy.  He continues to think and write about social and information science with a forthcoming book and other publications based on his personal and professional interests.

He is an Information Security Officer at a large Commonwealth of Virginia agency and a Notary Public (Notary Registration Number 7895405; commission expire June 30, 3024).  He enjoys golf, yoga, and Virginia wine.